There was a time in the not-so-distant past that mechanical watchmaking was assumed dead. In the 1970s the quartz movement emerged and all but cannibalized the industry. Hundreds of brands folded and it seemed very likely that the days of mainsprings and balance wheels were in the dirt. And why not? Battery-powered quartz watches were cheaper to produce, more accurate, and seen as futuristic and cool. Mechanical watchmaking had not, up until this point, been seen as a luxury industry. Yes, a good watch carried some social prestige, but only because it was seen as a necessary instrument, and the more opulent your necessities, the more successful you are seen to have been (think cars, houses, and cloths for direct parallels).

No, in those days, mechanical watchmaking existed because it was all there was. When the quartz revolution hit, everyone wanted a piece of the action. Even James Bond ended up with a snazzy LED Hamilton Pulsar on his wrist for Live and Let Die, which went one step further than altering just the internals of the watch, but also the display. As quartz movements and digital displays captured the imagination of a generation obsessed with progress, the quaint analog beaters of yesterday slowly ran down on growing scrap heaps around the world.

Bizarrely, it was a quartz watch brand that saved the mechanical watch industry from complete extinction. You see, it wasn’t just a shift from mechanical to quartz movements that had rocked the industry; it was the fact that Switzerland had been usurped by Japan in terms of the ability to produce cutting-edge, affordable tech. And so it wasn’t actually the reinvention of what a mechanical watch stood for that gave rise to watchmaking as we know it (at least not in the first instance), but rather a new and more dynamic take on the notion of Swiss quality.

Say what you like about the pre-quartz mechanical classics that watch nuts fawn over these days, but they were rarely wild. The Swiss had a reputation for precision, timeless design, and manufacturing quality. They were not universally renowned for their sense of ‘fun’. Enter the late Nicholas G. Hayek: A savvy (and famously eccentric) businessman who saw the potential of Switzerland’s waning reputation to be applied to something new.

Thanks to the foundation of Swatch on March 1st1983, attention was turned once more to Switzerland. Hayek devised a brand that merged the Swiss reputation with contemporary quartz technology, styled as a collectible – and theoretically disposable – second watch (Swatch is often thought to stand for ‘Swiss watch’, but it was actually initially conceived as a contraction of ‘second watch’).

The marketing push was simple – leave your Rolex at home and buy a Swatch for your holidays. At around 50 Swiss Francs, the watches were affordable, accurate, and eye-catching. Swatch’s ability to change consumer perspective of the watch industry was pivotal. Interest soared and the company boomed. Hayek’s purchase and merger of ASUAG and SSIH (which were major watchmaking conglomerates that, between them, owned brands such as Omega, Tissot, Certina, Longines, and Hamilton, as well as a collection of movement manufacturers, most prominently ETA), in the early ‘80s had resulted in the birth of watchmaking’s saviour. And now the fates of the many luxury watch brands held by both ASUAG and SIHH at that time looked set to brighten, most notably those of Blancpain, Breguet, and Omega.

Once merged, ASUAG and SIHH had been renamed SMH (Swiss Corporation for Microelectronics and Watchmaking Industries Ltd.). In 1998, thanks to the mind-blowing success of Swatch, the conglomerate was renamed the Swatch Group, the name it trades under today.

So given that every mechanical watch lover on the planet has a goofy quartz watch company to thank for the prosperity of their hobby, why is quartz technology often derided, and are there any such watches that get the nod from bonafide watch snobs?

To the first question, the answer is probably simple. Quartz, for all it’s technical superiority and futurism, is cheap and soulless. It also threatens mechanical watchmaking, even today. Yes, the mechanical watch has reinvented itself and is now a specialist item more like a work of art than the basic tools they once were, but they are still markedly inferior in terms of timekeeping. Quartz technology is also really space efficient and so it can be integrated into evermore complex smart devices like the apple watch or the TAG Heuer Connected.

Despite the lingering distrust that surrounds quartz and its ever-presence, some brands originally better known for their mechanical watches do produce excellent quartz watches with a luxury price tag.

The best of these, in my personal opinion, come from Breitling. Breitling not only fine tune their ‘super quartz’ movements to be as accurate as they can be, but also ensure each of their HAQ (high-accuracy quartz) models is thermocompensated. This means the movement is able to account for the affect temperature fluctuations can have on a watch’s isochronism (the ability to keep time accurately, despite changes in atmospheric conditions and gravitational position).

Breitling’s most popular watches in this line are models like the Aerospace, the Cockpit, and the relative newcomer, the Breitling Skyracer. Not only are they incredibly accurate, durable, and easy to service, they are also incredibly functional. Multi-function movements displaying loads of information via digital screens and analog hands make these ideal pieces for the true explorer. Throw in the build quality of one of watchmaking’s finest, and you have a very enticing package. But be warned: The days of Breitling quartz watches may be numbered, as new CEO Georges Kern has threatened to phase out all quartz with but a few exceptions. If you want one, get one now, because chances are they will not be around much longer at all.

But fear not. If quartz movements really do get you going, there are still plenty of brands producing top-end watches that are pushing the boundaries of functionality and accuracy ever further. Seiko, the brand responsible for the explosion of quartz movements in the seventies, is still going strong with their 9F series one of the most highly thought of. But it is their Japanese rival Citizen that has just blown the doors off Baselworld 2019.

The Citizen Caliber 0100 is the world’s most accurate autonomous watch (as in it doesn’t receive information from an external source like a radio controlled watch linked up to an exceptionally accurate atomic clock for example). The 0100 is a new luxury benchmark for quartz. With an accuracy rating of +/- 1 second per year and a retail price of $17,000, it single handedly elevates the whole medium to a new level of potential.

In light of developments like this, it is unsurprising that some (although definitely not all) watch lovers have a place for quartz timepieces in their collection. Are they hewn from the same blood, sweat, and tears as traditionally crafted mechanical watches? No. But do they satisfy a different craving, do they push boundaries of what is technologically possible, and do they get us where we need to be on time? They most certainly do. 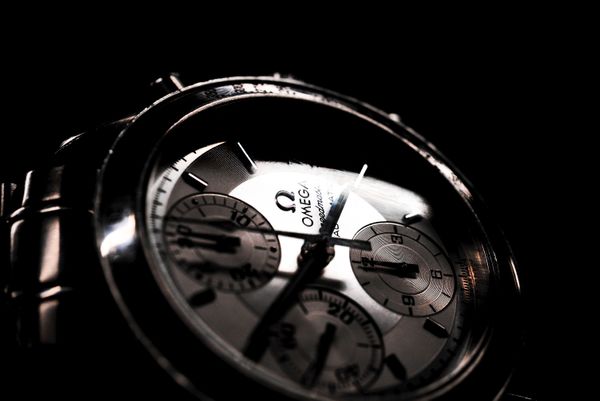 When watch lovers hear the word ‘Seamaster’, it is likely the first model to pop into their head would be the Omega Seamaster Diver 300m. 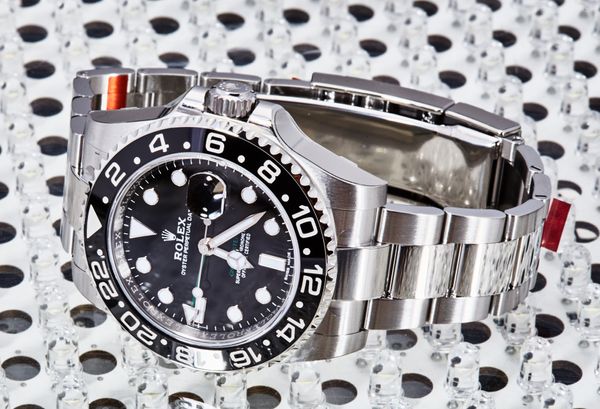