When watch lovers hear the word ‘Seamaster’, it is likely the first model to pop into their head would be the Omega Seamaster Diver 300m. Given that model’s exposure (on the wrist of James Bond for the past 24 years, no less), it is totally understandable. However, the term ‘Seamaster’ actually refers to an entire range of tough, ready-for-anything watches that includes dressy pieces as well as highly refined tool watches, suitable for use in professional diving situations.

There are sub-families too, like the Omega Seamaster Aqua Terra, the Bullhead, the Ploprof, and even the independently iconic Railmaster. Each sub-family has their own identifiable characteristics and aesthetics, as well as target demographics. But none comes close to matching the importance of the Omega Seamaster Diver 300m. While the world needs a hero like 007 to save the day once in a while, watch brands occasionally need a willing soldier to step into the fray and clear a path towards success. Ironically, it was reference 2541.80 that did just that while strapped to the wrist of everyone’s favorite MI6 operative.

The Seamaster family is the longest-tenured product range in the Omega family. Originally released in 1948, its timeless style has utility at its core. Reputedly based on a rugged dive watch used by the British Navy towards the end of the Second World War, its links to the seafaring branch of the British military would rear up and propel the Seamaster, and Omega, back to the spotlight almost half a century later following some dark days for the company indeed.

In the mid-nineties, the mechanical watch renaissance was still in its infancy, when Omega earned the contract to supply James Bond with his next watch. In Ian Flemming’s books Bond had worn a Rolex, as he did in most scenes of the early films, but, as legend has it, the costume designer for Goldeneye (1995) wanted to update 007’s look. As the character of Bond is supposedly a former Navy Commander, the links to that particular service branch made Omega a natural fit (as did the cash they were happy to throw at the project following Rolex’s refusal to pay for product placement).

Tellingly, Omega opted to outfit Brosnan’s Bond with a quartz-powered Seamaster Professional 300m (reference 2541.80), as it was not only in keeping with the character’s presumed preference, but also one of the most popular models commercially.

The partnership between Bond and Omega pushed the Seamaster back into the limelight and derivatives of that model have sold prolifically ever since.

In the most recent film, Daniel Craig wore a very nifty special edition Omega Seamaster 300 (note the lack of the ‘m’), which has a real vintage vibe about it, as well as a utilitarian black and charcoal NATO strap and a subtle tweak to the bezel numbering (with a ‘0’ at the 12 o’clock position on the bezel, replacing the luminous dot). Unsurprisingly, models very similar to this handsome throwback were also released in unlimited series to great acclaim.

Craig’s Bond has also been seen wearing a model from the Planet Ocean range, which generally feature an expanded diameter, cleaner faces with a mixture of Arabic numerals and stick markers, and thinner bezels (relatively speaking) that often boast 24hr printing. And why not? As a globetrotting super spy, you’d assume J.B. would have a cabinet full of beaters happy to hop onto his wrist for yet another adventure. And if you’d like to join Britain’s top secret agent, or at least feel like you’re on the same side, here’s a handy guide to the models you can pick up on Jomashop.com right now.

It’s really hard to top the iconic nature of this model. There’s a reason why the costume designers for the Bond franchise didn’t update Brosnan’s watch at all for three straight films during his tenure. Sure, the fantastical gadgets (such as lasers, detonation devices, and micro grappling hooks) changed from flick to flick, but the reference (2531.80) stayed the same in 1997, 1999, and 2002.

But little has stayed the same since then. The recognisable wave pattern of the reference 2541.80 hung around for an age, but was replaced by a beguiling gloss dial in 2015. The watch was available in either a black or blue dial, and was not only the last model so far to feature the modified ETA 2500 coaxial movement, but also the last to feature the classic closed case back with Hippocampus engraving.

The latest models, released in 2018, are, in this writer’s opinion, a huge leap forward in terms of aesthetics and mechanical credibility. An in-house movement, a sapphire display back, conscious updates to the diameter (up from 41 to 42mm) and the helium valve (straight-sided to conical), and a return to the wave pattern on the dial (only this time it has been laser-etched into ceramic rather than pad-printed) make this the ultimate Seamaster 300m.

A relatively small range, but one that packs a mega punch. In my personal opinion, these old school models tick all the boxes for legibility, timeless proportions, and a killer colorway. The blue variant is interesting, but for me the classic black dial wins all the way. The purest iteration of this design is probably reference 23330412101001. One of the nicest things about this addition the collection is the sapphire case back that gives a brilliant view of the in-house calibre 8400.

There are bicolor versions available too, for those who want an overall warmer look that coordinates with whatever jewelry metal you favor. To keep costs in check there is a leather strapped version with the bicolor watch head, but for those who wish to splash out, a bicolor bracelet variant exists also.

The beefiest and most modern take on the Seamaster formula, the Omega Seamaster Plant Ocean range is a particularly well-suited base for a chronograph complication, given their larger case size, and the available real estate on the dial. Pleasingly, Omega often deploy a twin sub-dial layout (at 3 and 9 o’clock) on the Planet Ocean range, opting to abandon the going seconds hand and keep the dial nice and clean.

Whichever model piques your interest, you are likely to find a reliable and long-standing companion to accompany you on your missions, be they purely for sport, on on Her Majesty’s behest. As Omega kicks on to bigger and better things in regards to material and mechanical developments, so too will the models from the brand’s past become more sought after as touchstones of a bygone era – an era that, rather heroically, played its part in saving the world of watches as we know it. 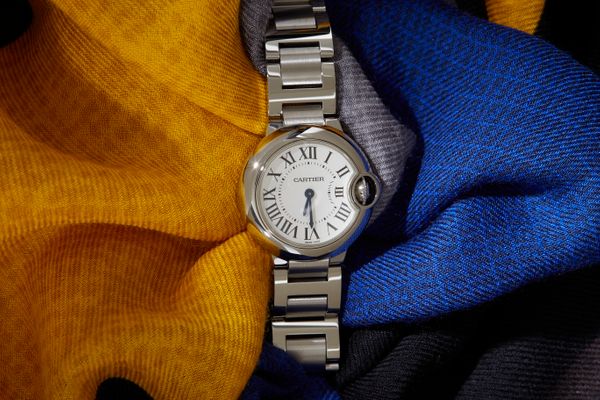 Mother’s Day is just around the corner, and what could be a better way to show your appreciation than with a beautiful new watch? 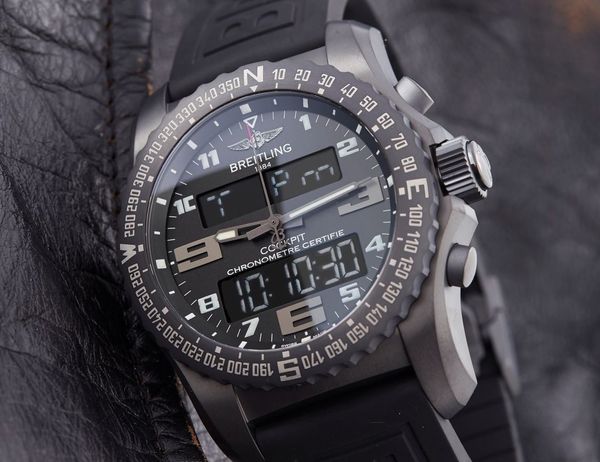 There was a time in the not-so-distant past that mechanical watchmaking was assumed dead.