It can be tough living up to the past. Some brands have it much harder than others, and TAG Heuer is one of them. Ever since TAG took over the stumbling Heuer brand in 1985, its watches and position in the luxury market have been under endless scrutiny. That's the price you pay for early success. Very few brands were as successful as Heuer under the stewardship of Jack Heuer (great-grandson of Edouard Heuer, otherwise known as the man who founded the brand way back in 1860).

Even though he left his role as commander in chief in 1982, the brand has never been able to step out of Jack's shadow. Very few men who've inherited a family company have done quite so much with it in a relatively short space of time. Jack oversaw the golden age of Heuer watches, influencing those iconic designs still felt to this day. Many of the brand's "classics" were launched under his reign due to his direct intervention. He was famous for zigging while everyone else was zagging.

Those models remain a testament to his brilliance and will forever continue his legacy. That's why buying into a brand like TAG Heuer still has a significant cachet. For several magnificent TAG Heuer watches directly influenced by the brand's golden age, or demonstrate the evolution of the brand's fundamental design principles, read on.

Let's begin with a Carrera! While its silhouette looks very safe by modern standards, the Heuer Carrera was one of the archetypal sports watches of its era. Models like the Carrera pushed the design envelope. More aggressive and masculine, these watches had an adventurous spirit in a way that so few before them ever had. For this reason, many people started to take notice.

Available on Jomashop for an unbelievably approachable $3,295, this watch is a fantastic nod to the past while still retaining all of the benefits of modern manufacturing techniques. The off-white "fauxtina" lume harmonizes expertly with the ubiquitous red accents found on the dial, hands, and strap lining.

The triple sub-dial layout is classic and uncluttered. The slightly smaller seconds subregister (at the 9 o'clock position) gives chronograph counters the more prominent positions at 12 and 6. Small details like that make all the difference in watchmaking, and this one is packed with them.

While emerging watch collectors might have preferred an open case back so TAG's caliber 16 could be appreciated from the reverse, the closed case back keeps the focus on that delicious dial. At 41mm, it's traditional enough to be a reliable and versatile daily beater, but with enough flashes of flair (such as the red stripes on the going seconds counter) to keep you interested long-term. The first watch on this list is certainly going to be hard to beat…

However, I've done my best to offer a strong contender for the previous watch. The Autavia Automatic Smoky Blue Dial Watch has a simple time and date model, but one of the more recent additions to the collection. It retails for $1,000 less than the first model on this list and is perhaps even more versatile.

It's slightly larger with a diameter of 42mm but still slimmer and more discreet on the wrist. This is due to having no chronograph mechanism and having blue instead of red as its most noticeable color. The lug width is 20mm, meaning it could happily live on myriad straps. Switching the watch strap could dress it down even further than the stock bracelet which it comes with. My suggestion? You should try the black and blue fabric NATO strap (included in the box) for a rugged, reliable, go anywhere, do anything watch. Not only can this watch look at home at the top tables of business, but also at your favorite table of the local beach bar (if you're lucky enough to live near a beach).

I appreciate its no-nonsense styling, current degradé (faded) dial design, and excellent use of materials. Its stainless steel case is water-resistant to 100 meters, and it is topped with a ceramic bezel. That coupled with a powerful brand name and an attractive retail price, make this a very tempting option for all would-be TAG Heuer buyers.

Let's take a quick trip to crazy town and visit the other end of the current TAG Heuer catalog. The legendary Carrera Senna Special Edition Chronograph Automatic Black Dial Watch is an absolute beast. It's everything you can think of when imagining the vibrant and almost violent stylings of luxury watches this decade past.

Here we have a 45mm black ceramic case with a bright red Senna logo on the skeletonized dial that hosts a prominently displayed tourbillon at 6 o'clock. On paper, a lot is going on, but, in practice, it all comes together remarkably quietly.

Price-wise, this watch is in another league. Retailing for right under 16K, it is probably out of reach for many. However, if you've got a bit of extra cash laying around, and you want to make a splash, you can guarantee this watch will do just that. You will also be drenching everyone in the vicinity with its unabashed boldness (lucky them)!

Let's dial this down a notch. What's not to like about this sub-$4K bicompax chronograph? In many ways, it's the polar opposite of the previous choice in that it retains a highly traditional visage. However, it's no slouch: this chronograph Carrera perfectly exalts the brand's historical values and is unmistakably a TAG Heuer product. Sometimes, when it comes to brands like TAG Heuer and Heuer before it, that's the most important thing.

What do I love about this 42mm piece? I love the open case back and the striking gold rotor. It adds a layer of luxury to this quietly confident model that's absent in the first two picks and perhaps too obvious in the third. This is one of those watches that you might be tempted to scroll past and overlook the first time around, but I would encourage you to keep this one in mind. It has a habit of growing on people, and when you're considering which watch you'll want to spend the next few years with, that's not a trait to underrate!

Just below $5,000, the TAG Heuer Carrera Chronograph Automatic Watch immediately appears to be a lot of watch for the money. And I really do mean a lot. This 43mm ceramic watch is almost as black as the Senna Tourbillon mentioned before and just a touch less imposing. This intriguingly styled watch is powered by the Tag Heuer Calibre 01 and has a power reserve of 50 hours.

A high-quality rubber strap with a black deployment buckle adds to the overall futuristic feel of this piece. It is an excellent example of the direction TAG Heuer has gone in recent years. This direction is sometimes criticized by those that miss the earthier roots of the brand. However, these high-tech materials and avant-garde dial displays challenge things, just like Jack Heuer's designs did in the 1960s and '70s.

The Aquaracer (with its incredibly unusual and massively overlooked tortoiseshell effect bezel) is the cheapest watch on this list at just $2,160. Being one of the more affordable automatic models, especially in a brand with such a distinct heritage, this matters! There's nothing wrong with quartz at all, but there is a time and a place for it. For me, the inside of a TAG Heuer watch should always be mechanical. The Aquaracer boasts the requisite internals, and striking external silhouette, placing it firmly among very prestigious companies indeed.

TAG Heuer's Aquaracer 300m dive watch is a credible alternative to watches like the Omega Seamaster or Rolex Submariner. Especially if you like the TAG Heuer brand and if you're a fan of buying watches whenever you want to!

Could this list seriously have ended with anything but a Monaco? If you didn't know, the Heuer Monaco is the world's first water-resistant square sports watch. Its destro (left-handed) crown and right-handed pushers make it an icon right off the bat. It has never stopped wowing and wooing people since its launch. Its most famous home was the wrist of Hollywood legend Steve McQueen. His patronage has stoked this model's popularity ever since those iconic images were snapped.

Now, you can own your very own Monaco. There are many special editions available these days, but my personal favorite is this Gulf model. The colorway is distinctly masculine and looks like it has just rolled off the race track. At under five grand, this is one of the best value classics you can buy. Don't forget to check it out on Jomashop.com before it speeds off. It surely won't hang around for long. 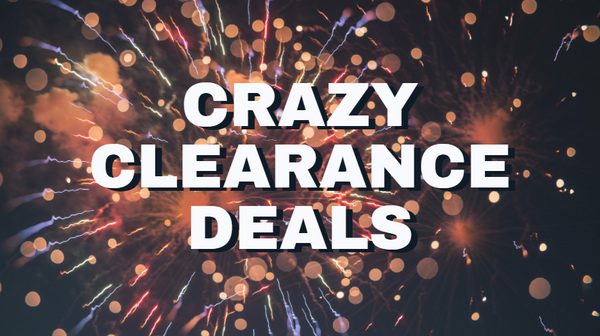 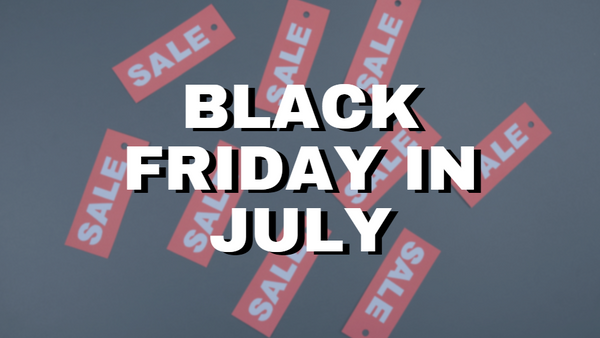