What makes a watch iconic? Is it design? Is it technical prowess? Is it down to the people who wear it? Perhaps a little bit of each. But crucially, more than anything else, a watch’s place in history is all about timing.

There have been myriad masterpieces of design that have fallen by the wayside, never to be spoken of in the glowing terms reserved for the Industry stalwarts we all seek. And it’s a real shame. But there are only so many spaces at the very top of our game, and those are reserved for watches that change the world, or, at the least, are prominently present when the world changes around them.

In July of 1969, Neil Armstrong stepped from the Lunar Module of Apollo XI and onto the dusty surface of the moon. Debate has raged ever since as to whether he botched the grammar of his famous soundbite, or whether a slightly dodgy connection (forgivable) was to blame for the apparent error in his words is by the by. They got the only thing that mattered exactly right: They made it there, and they made it back.

And thanks to a certain wristwatch, they were pretty punctual to boot. Strapped to the wrists of these great men, were Omega Speedmasters, chosen for the Apollo missions by NASA after extensive testing and deemed the best watches for space exploration – especially space walking.

This is actually critical to the Speedmaster’s selection: The original Omega Speedmasters were not fitted with sapphire crystals. Rather, their dials were protected by a perspex lens. While this may seem like a weak spot on Earth (perspex with scratch, scuff, and cloud where Sapphire will remain relatively unchanged following light knocks or temperature changes) it was a massive positive in space.

What we don’t see on Earth (and what is basically impossible to see when you’re surrounded by it in Space) is Space dust. Tiny little particles of ice, rock, and metal – debris from some celestial event – is constantly hurtling through the void at breakneck speed. The glass/lens on a wristwatch needed to be able to withstand a battering from all that Space dust. While sapphire is incredibly hard, it is also much more brittle than perspex. Perspex will, upon impact, bend rather than break. Hard as it is to imagine this concept, it is massively important to watch’s continued function.

And so Omega’s decision to fit the Speedmaster with the ‘bend don’t break’ perspex meant it won the contract from NASA and went on to become the most famous Space watch – bar none – in history.

Since that iconic step by that legendary man, the Omega Speedmaster has been sold all over the world, with countless iterations in the archives. But there have been some that stand out above all others. Some that you are able to pick up right here on Jomashop.com. So read on and discover our five most desirable Omega Speedmasters.

And don’t be scared if it’s your first time buying a luxury watch. It may seem like a giant leap, but it’s really nothing more than a small step…

Let’s be honest, when it comes to classics, keeping things, well, classic is kind of the point. Reference 311.30.42.30.01.005 (catchy) is a perfect throwback to a time of adventure, discovery, and trend-setting design. This Speedmaster is also available on a strap, but as with all Omega watches, I would advise buying it on the bracelet and then picking up the strap as an after-market add-on (trust me, the savings are ridiculous if you do it that way round rather than the other).

The ceramic versions of the Speedmaster weren’t immediate hits when they were released a few years ago, but the range wasin need of an update, and with so much know-how accumulated in the realm of ceramic cases, it made sense for the Swatch Group to roll one or two such options out for Omega. I personally love these models, because they stick with the same design language that made the Speedmaster a hit originally, while bringing them bang up to date. Not least on the movement front. The in-house calibers used in these models are a dream, and look awesome through a generous edge-to-edge case back.

Black on black watches have a niche appeal Everyone knows that. It’s easy to understand why. Some of us like being able to read the time from our watch. But – and I mean this in all seriousness – that isn’t really a prime concern for many people who see watches as fashion items or status symbols. If you’re a fan of the all black stealth look, Reference 311.92.44.51.01.005 is just about the best thing in Omega’s catalogue.

In my opinion Reference 311.92.44.51.01.006 is an absolute show-stopper. I love a vintage colorway, and when it’s set against such a neutral backdrop and allowed to breathe in all its glory I simply cannot get enough of it. This piece does a good job of capturing the epochal feel of the late sixties, while simultaneously feeling very contemporary due to the materials used and its pared back palette. A triumph in my mind, with another excellent in-house movement to book.

To round out this rather varied list, I’ve picked the most Space relevant watch on the whole site. The Omega Speedmaster Grey Side of the Moon Meteorite is not just a moonwatch in style and DNA, but also features a slice of genuine Space rock. Meteorite dials are not to everyone’s taste (appearing busy to some eyes) I actually think they make a nice back ground for a dial, providing just enough visual interest without distracting attention from the time. And what could be a better homage to Space than wearing a piece of a meteorite that has spent thousands of years hurtling through our galaxy and perhaps beyond? 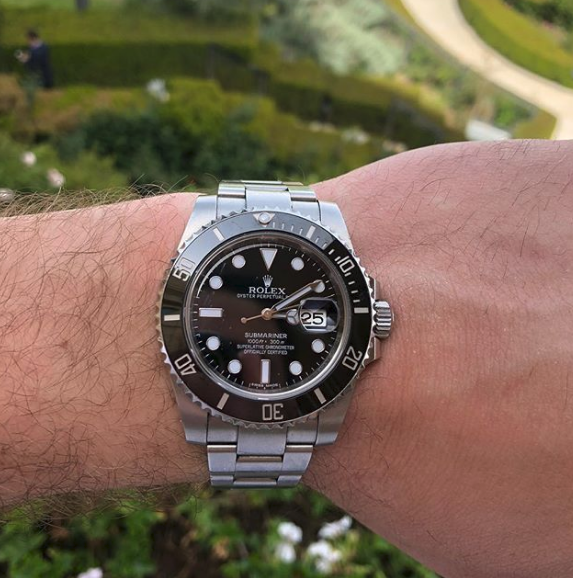 Why are some brands forced to beg for your attention, as they throw endless sales arguments, value justifications, and discounts your way, only to be met by an indifferent shrug, while others are so powerful they are happy to refuse to sell you a watch you want? 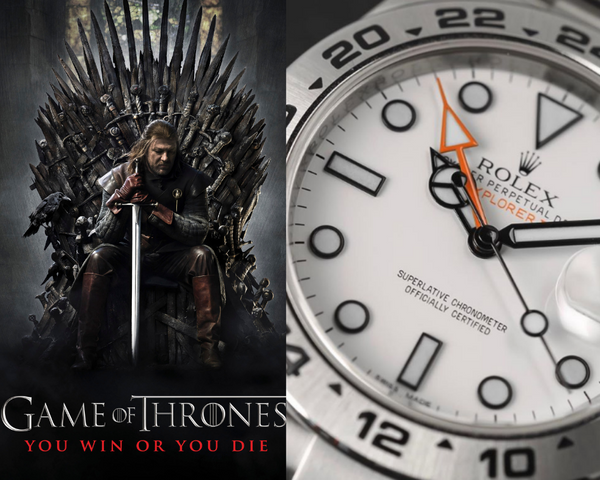 It’s back! The final series of Game of Thrones has just dropped, and everyone has instantly been transported to Westeros.